A Moz Pro subscription includes: access to site tracking with Campaigns, where you can learn how your site health, link building, and keyword performance impact your SEO success; Research Tools that analyze your competitors efforts, support your keyword research process, and show you new opportunities for link building outreach; and a wealth of resources for learning SEO and inbound marketing. Moz Pro starts at $99/month with the option of a free 30-day trial. 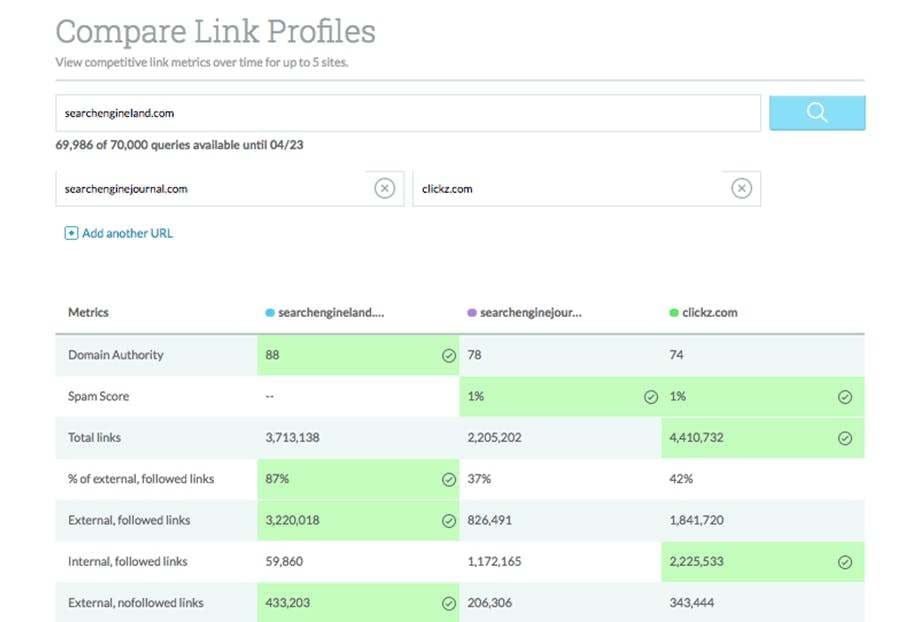 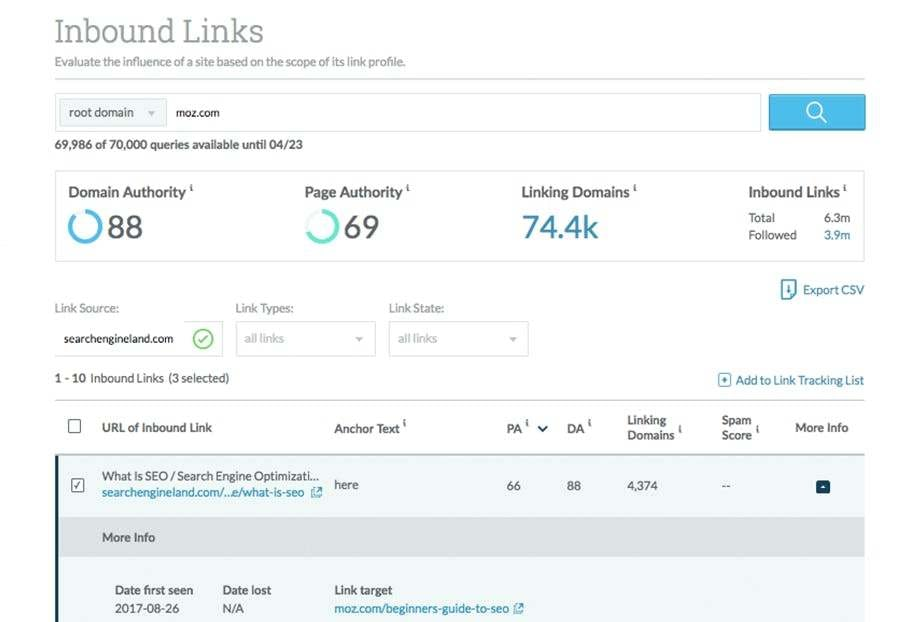 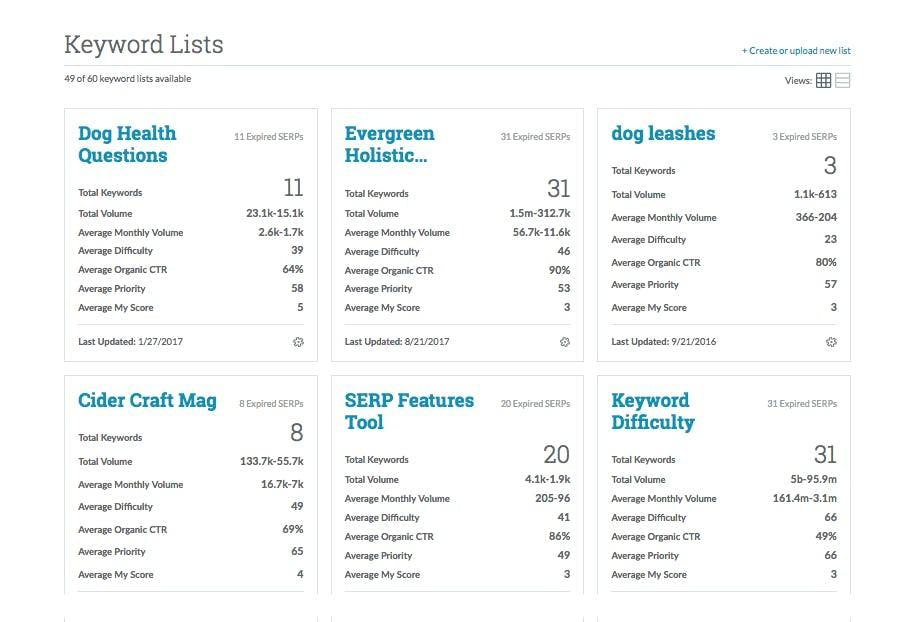 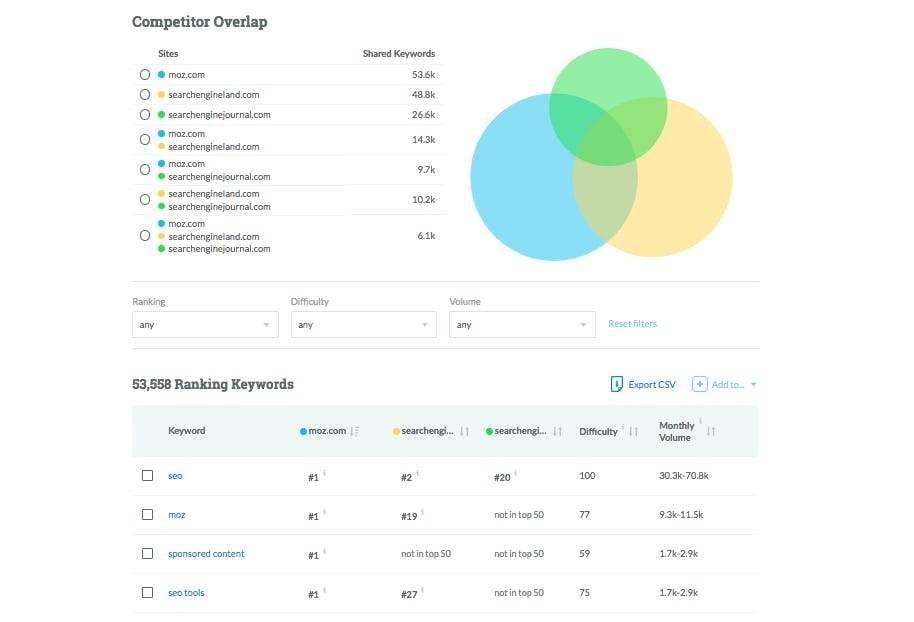 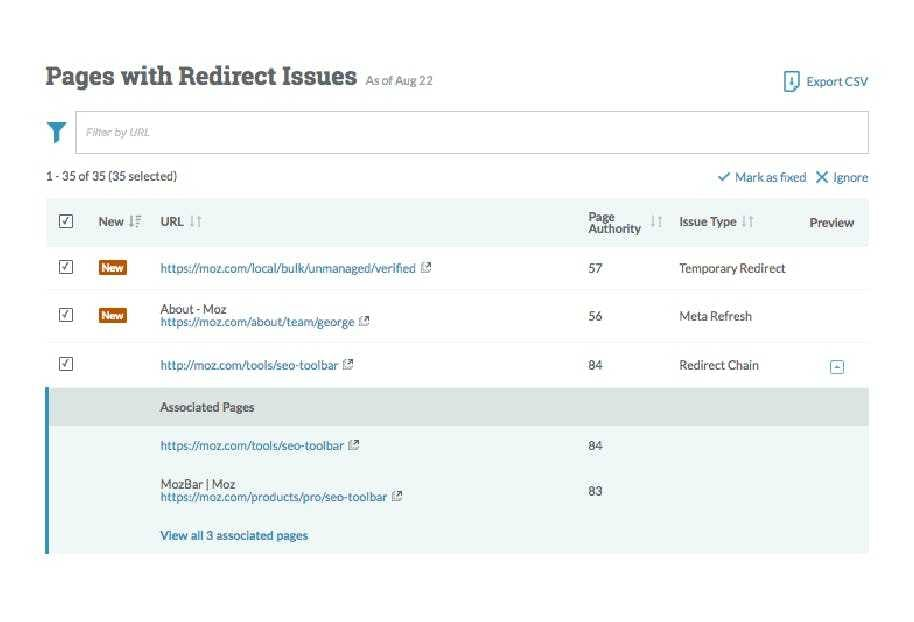 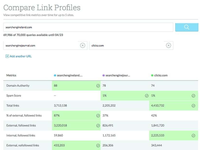 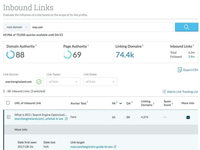 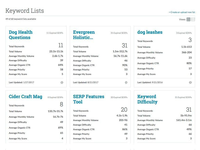 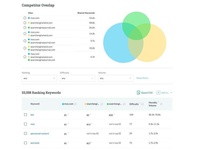 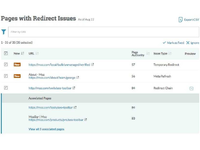 "Moz Local is a MUST for any small business owner"

Commentaires: I've had a great experience with Moz Local over the past 4 years. Nothing negative to say, their syndication and reporting and noting of duplicates is great and a must have for any small business owner.

Avantages: This is insanely easy to setup and use and the reporting and information it provides a small business owner is great. I work with clients that range from 200+ locations down to 1 location and this software is perfect for small business owners. The reporting is quick and easy and clients love being able to login and see most everything in 2-3 clicks.

Inconvénients: I wish they could automate some of their process for bigger clients, but the reason they are so cost friendly is because you have to do "some" manual work to clean up duplicates.

Commentaires: For over a year I have run side-by-side comparisons of both SEM and Moz. I have run reports on my clients' websites, used the platform for new-business purposes, and have used Moz extensively for keyword research. On all these fronts Moz excelled. I would happily recommend it to any CMO/Marketing Director-level person who's trying to build a strategy. But if you're a small agency trying to figure out which subscription to keep, it might be SEM Rush only for the ability to drill down deeper. I personally didn't enjoy using SEM Rush compared to Moz. Moz gave me information with a minimal of annoyance. Moz is built for the big picture. Between SEM Rush and Moz? Moz will make you feel like a genious.

Avantages: Moz has a really lovely and user-friendly interface that makes it easy for me to pull great-looking reports for clients and for myself. Moz natively generates just the right amount of detail -- not too much or too little -- to make it a great selling tool for Account Directors or in-house Marketing Directors. And it's intuitive enough that you can step away from it for a month or two and go back in and find everything you need in just a few minutes. That said, this platform also offers up lots of detail. I've definitely done some deep-dive keyword research using Moz alongside SEM Rush and been very pleased with what Mox came back with.

Inconvénients: The complaint I would make against Moz is the same one I would make against SEM Rush: These are tools that seem to be made for IT/web developers more than marketing directors. It's hard to get a CMO-level report out of either of them. That said, I would definitely say Moz is more "client-friendly." Honestly, SEM Rush and Moz excel at different things, and they're both expensive. If push comes to shove, you may choose SEM Rush for its breadth of data, but then berate yourself for losing the user-friendliness of Moz.

"Moz can be good if it is accurate."

Commentaires: The experience has been good initially but as we increased our activity we had to move away from Moz

Avantages: Moz is a good tool for organization that are starting to go digital because it is easy to use/navigate. Priced pretty low and with free version the organizations can also extract some value.

Inconvénients: As the organization becomes profecient in digital marketing, Moz kind of becomes obsolete with inaccurate data and lack of powerful tools.

Avantages: I've tried various SEO-related tools, as part of my work as a content marketing practitioner. Moz can be integrated into the browser as an extension, which makes it easy to use on-demand. I particularly use it to expose 'no-follow' links on Web pages. This is very helpful when considering the application of backlinks via publishing on sites that enable content syndication. The 'free' MozBar will meet the basic needs of most novice or experienced digital marketers, but the 'paid' version offers many more features.

Inconvénients: The tool sometime needs to use browser features that may be turned-off by default - such as 3rd party cookies in the Chrome browser. The user interface is okay for many users, but will require some investment in time.

"Moz is good but it can be better."

Commentaires: As a Digital Marketing manager, I have to explore various tools and pick the best one based on the features provided and also taking into consideration the price. Moz is still a very good tool with good UI/UX however there are a lot of alternatives to this.

Avantages: The biggest asset for Moz is easily its community,you add a question there and you will receive a variety of choices in no time. Having said that, Moz is a good tool for SEO and the it the way it represents data is cool and easily readable.

Inconvénients: If you have been in SEO for sometime there is nothing in particular to dislike about MOZ because all most all the other tools match up to it. However subscription is something that needs to be there for the tools to function at its full potential.