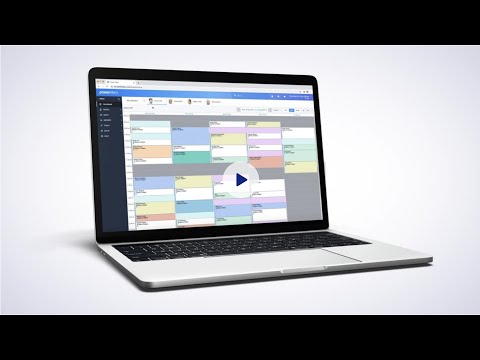 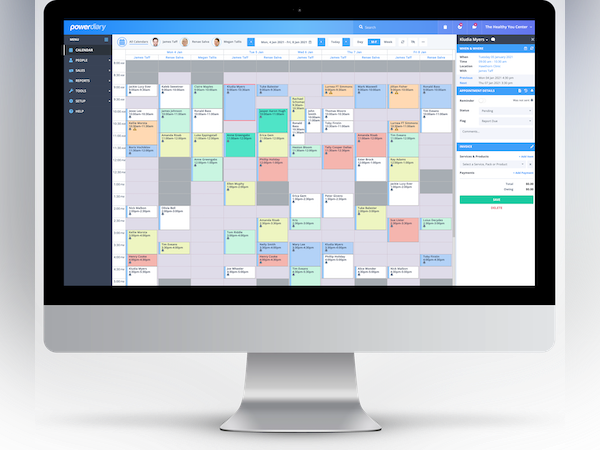 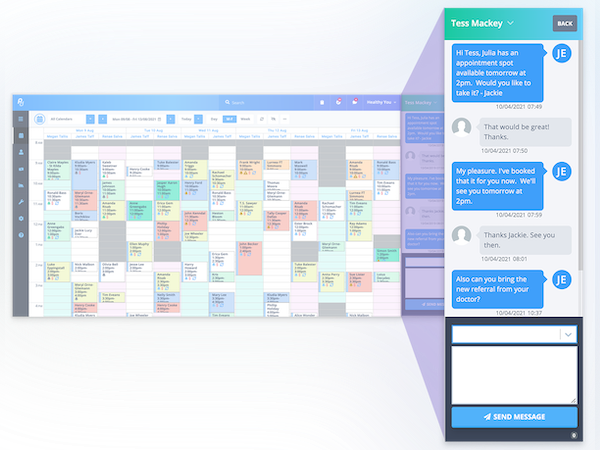 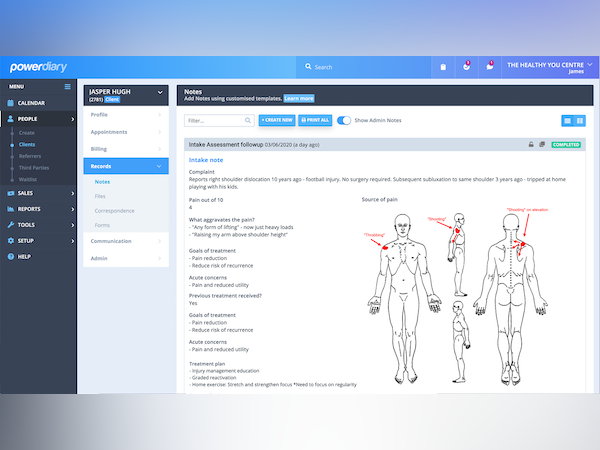 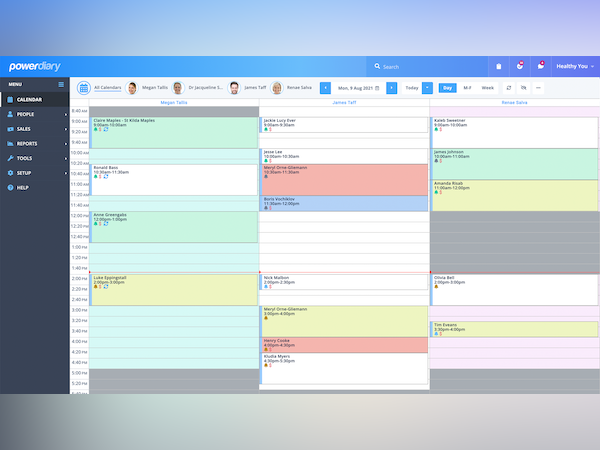 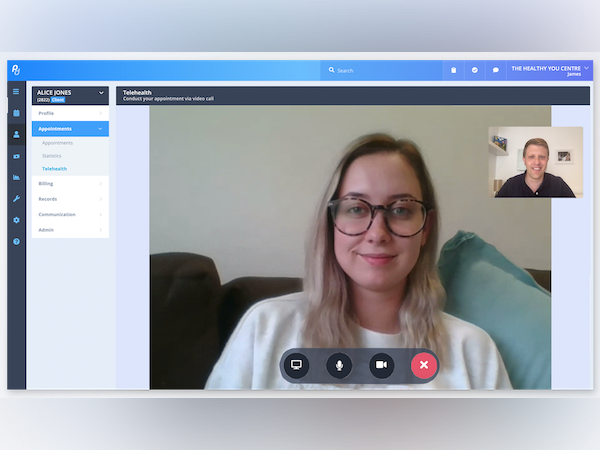 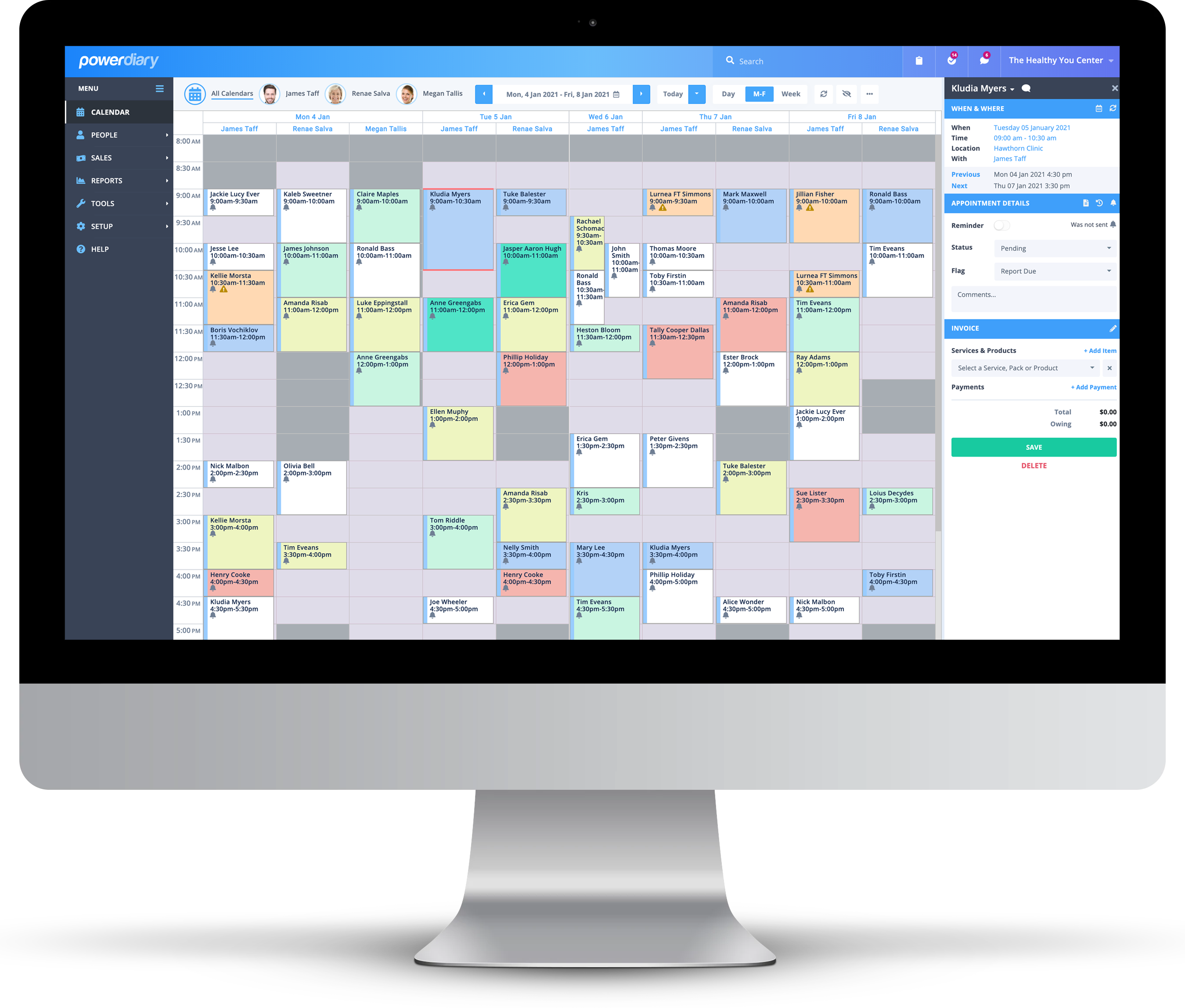 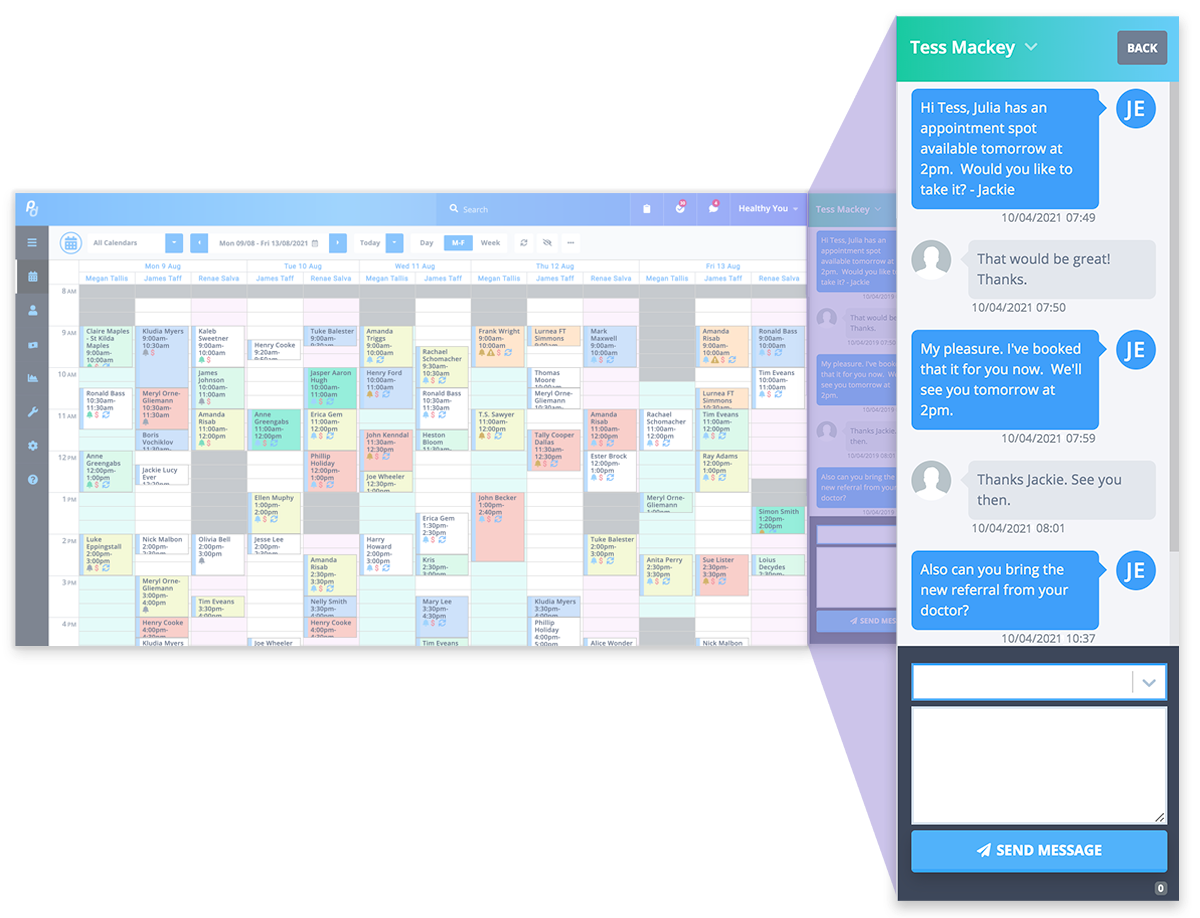 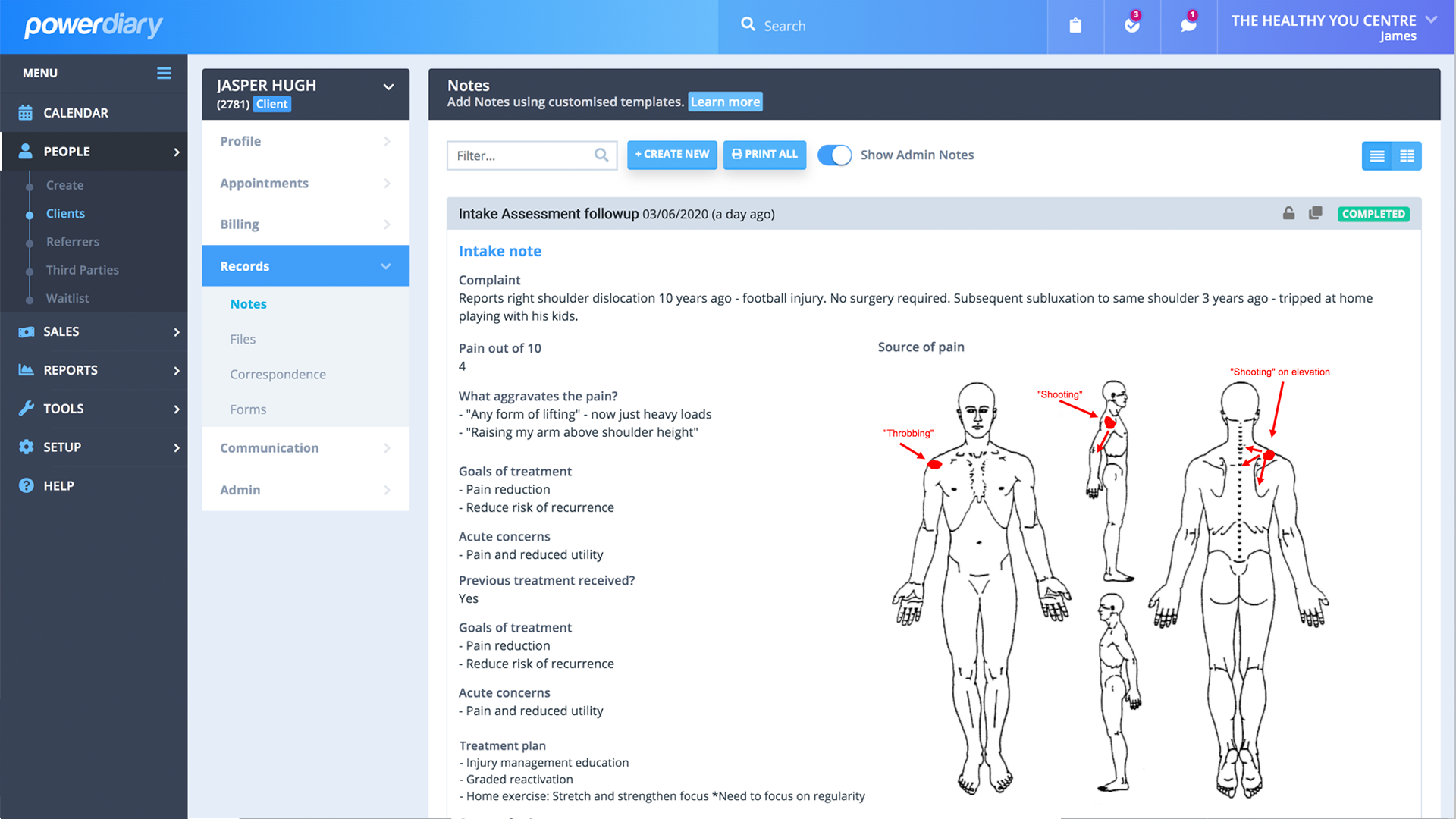 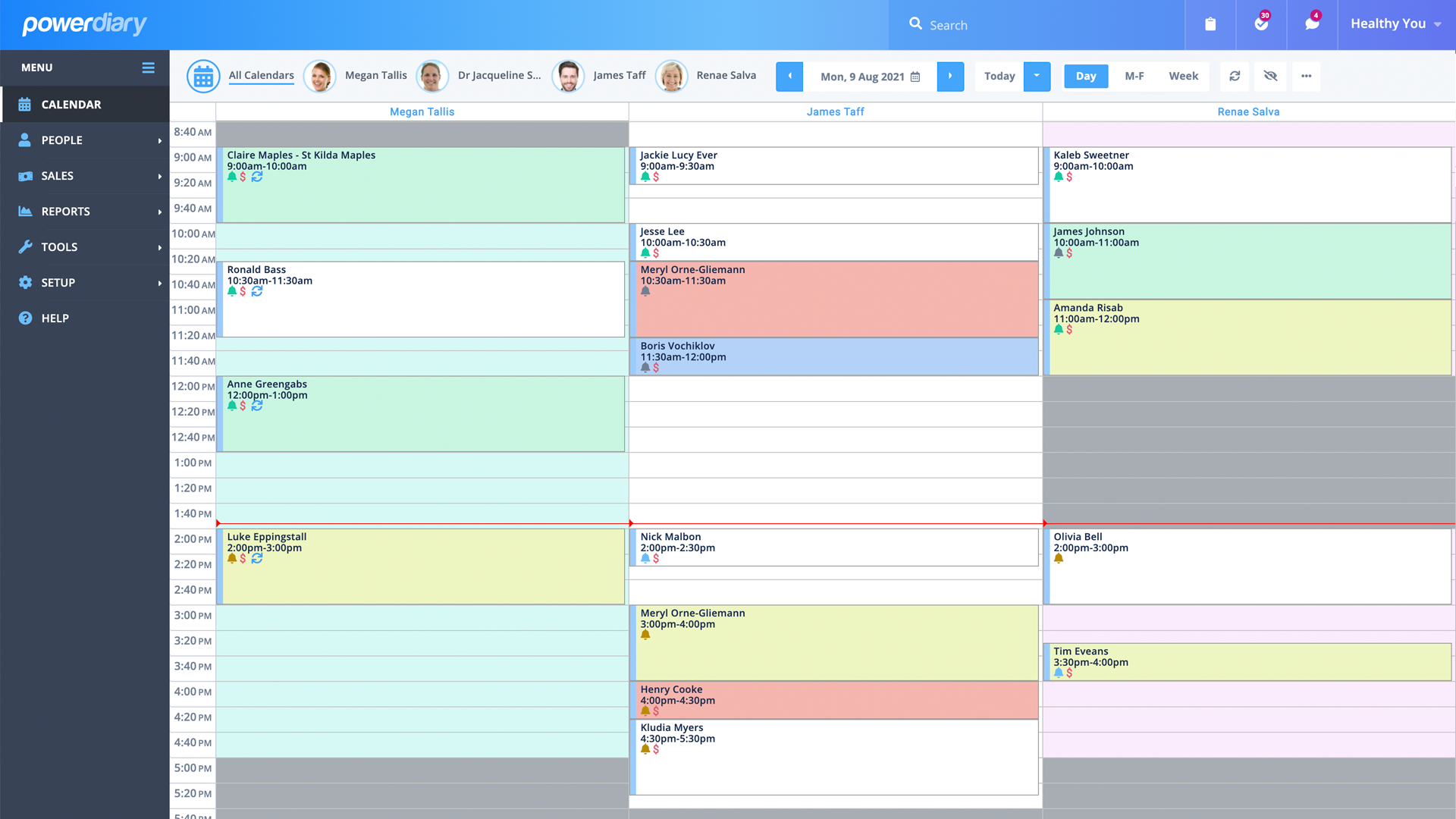 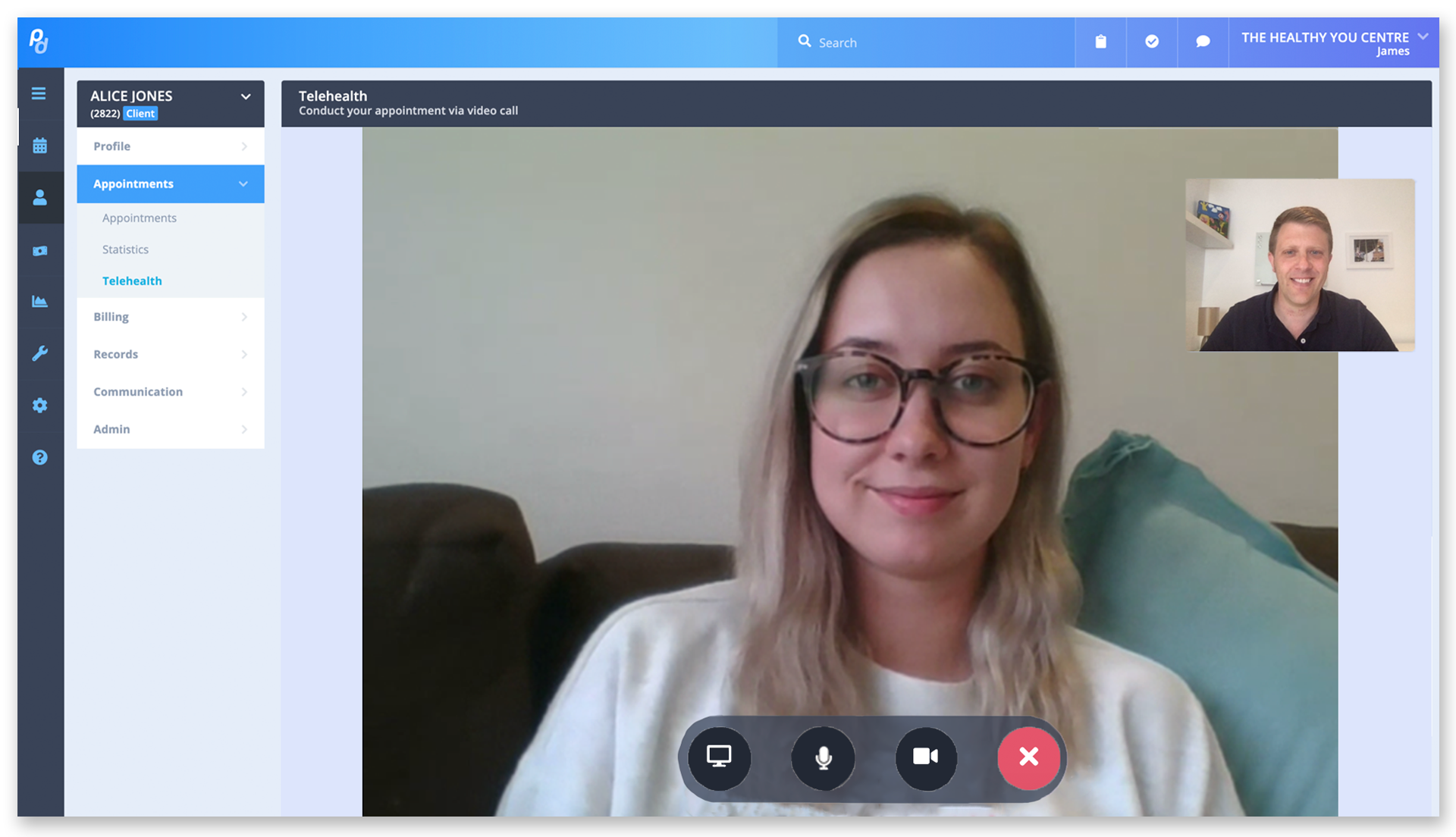 Commentaires : Power Diary solves multiple problems for me by offering an All-In-One type EMR platform that allows me to document, track my invoices, communicate with clients, manage my schedule, and pay attention to my reports.

Thank you for taking the time to review Power Diary. We're thrilled that you're finding the system to be user-friendly and affordable! Thanks again! -Heather

Commentaires : Overall Power Diary is meeting the needs of our business however we have had to make a large number of changes to our processes and way of working with our clients to accommodate Power Diary. There are a number of functionalities that we would like to see.

Not too bad, with potential

Commentaires : Overall it isn't too bad, Notes are quite good. And staff are good.
However, it does remain a very restrictive platform with multiple irritating imperfections. They are keen to listen and let you know they are making changes, but the role out is extremely slow and slightly disappointing following the long wait. They have the potential to be very good if they implemented the changes they say they would do, but sometimes get they feel they are complacent with their product.

Support is good in that staff to try their best to help quickly with the availability they have. Have some good features e.g notes. It can be a cheaper option if you avoid using SMS. (This is where they make up the difference.)

They take a very long time to implement changes, yet they can implement changes fast if need to such as adding telehealth during COVID 19 in a week (if they didn't they would have lost business). They discussed intake forms since I started a year ago (and has been a popular demand by many users) and still just talk of it happening, yet keep you hooked by saying coming in a few months. They make their money on SMS so be careful , never known SMS to be so expensive. They recently did a user interface facelift with new features. It is still quite dated compared to competitors and you're restricted to what you can do. They could do with a graphics designer or ergonomic designer on their team.

Thanks John. The Online Forms have taken longer than initially anticipated, but I can assure you it has nothing to do with complacency - in fact quite the opposite. Our online forms are built on our Client Portal platform. During dev we identified there were some emerging limitations with the technology we had been using for the Client Portal. We decided that instead of building another feature on top of it, we should instead rebuild the Client Portal first using more flexibility technology, and then build the Online Forms using that. It's a 'get the foundations right first' type decision. Whilst not glamorous, this approach has ongoing, long-term benefits for all our users. The Client Portal has now been rebuilt and released, and the Online Forms function is in final stages of pre-Beta testing. Re SMS: these are middle-range for pricing. We use an enterprise-grade gateway that is very reliable. There are some cheaper, less reliable providers but we will never use them.

Backbone of our business

Commentaires : As our business relies on good software to safely store our client data and to reliably access our daily schedules and information, Power Diary is the backbone to the efficient running of our business. We have found many helpful features that saves time and energy to collect data and to ensure accurate financial and client records are kept.

Easy to navigate, easy to see where clinicians are and who they are seeing, supports the efficient running of our busy practice.

Some of the data searches are limited. Would be great to have a few more NDIS specific features to add to invoicing and client records.

Thank you for your review! It's wonderful to hear that Power Diary is the backbone to the efficient running of your business and that the features are saving you time and energy! Regarding data searches and NDIS specific features, our Customer Team would like more detail regarding your needs, in order to offer possible solutions or to record feature requests. Please reach out to [email protected] with details and we'll be happy to assist. Thank you again! - Heather

Best decision I made for my practice

The best thing about PowerDiary would have to be the time savings having everything incorporated into the one program, being able to send/receive SMS including automated reminders, AND being able to export directly to Xero! It’s great! It is so simple to use as well and there are always new features being added. Customer support are also fabulous when you need a hand with something!

I dislike that I have my calendar set up in 30min timeslots so I have to scroll to view the entire day. Nothing major! Oh & I wish you could send faxes from PowerDiary.

Hi Rebecca, Thanks for your lovely review. We love hearing that Power Diary is saving you lots of time! Will add your improvement ideas to our list (we prioritise the ones we get the most interest in). All the best, Fiona